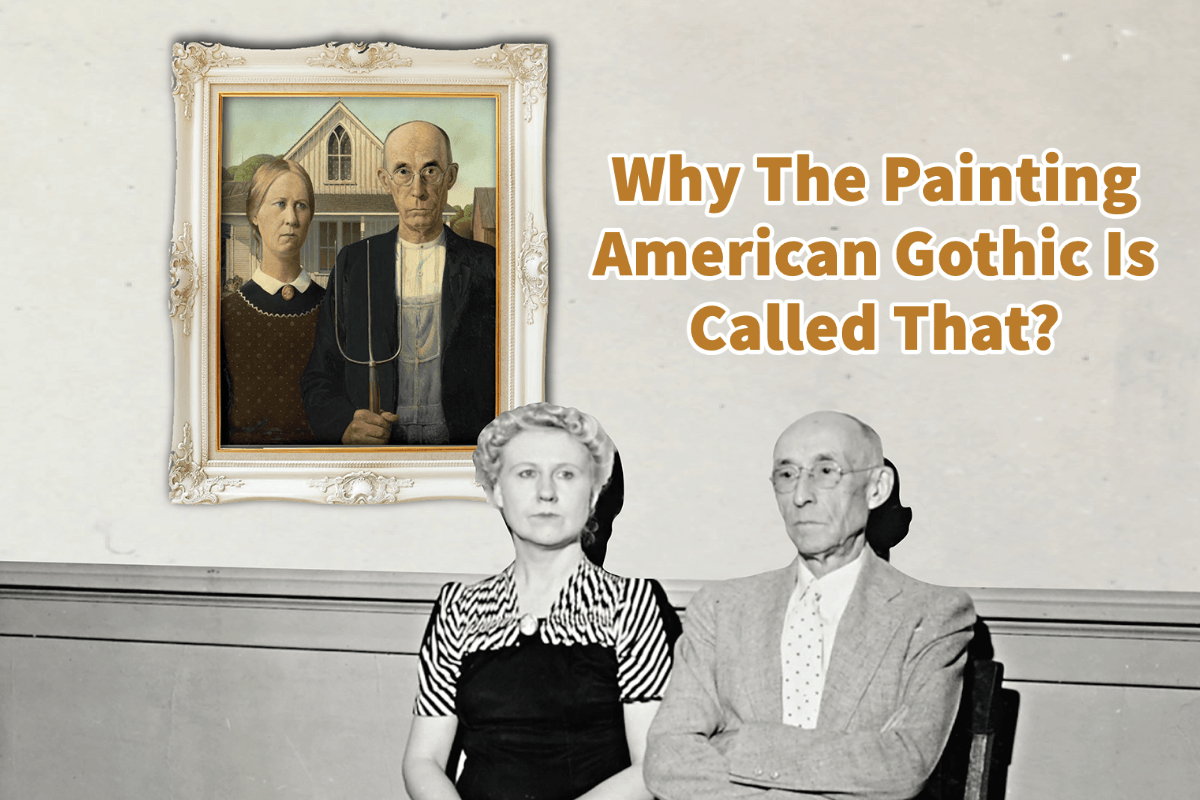 One of America’s most iconic paintings is Grant Woods’ 1930s American Gothic. This painting is perhaps one of the most famous American paintings.

Why The Painting Is Called American Gothic

Grant Wood (1891 -1942), the iconic American Gothic painting artist, rarely explained his work and did not clarify much about the painting. But we do know that this painting is based upon an actual house in Eldon, Iowa.

He calls his painting American Gothic as the original house with Gothic-style windows. Today, you can visit Eldon, Iowa, and see the American Gothic house known as the Dibble House. The original portion of the house contains two Gothic windows. One is at the front, and one is at the back. This house was initially built from 1881 to 1882 by Catherine and Charles Dibble.

Here is what we do know about this famous America Gothic house:

The name for the American Gothic came from the window styles on this small Dibble House in Eldon, Iowa. Grant Woods found the windows very pretentious and almost comical.

We know that Woods wanted to do a painting or portrait of Midwestern” types” of people he saw. This pretentious little house and the windows caught his attention for this painting and inspired him to paint the American Gothic painting.

The gothic-style windows of the original house and the paintings are not the same. Woods sketched the house on-site and then went back to his studio to paint the final painting.

About The American Gothic Painting

Many feel that his painting of the American Gothic was realistic, but the truth is that it was not, as Grant Wood added elements to the painting:

Here are some of the changes that he made.

We know that Woods did not do anything haphazardly in this painting. Every detail was thought out as to its significance—everything from the pitchfork to the clothes they were wearing.

Upon closer examination, you can see that Woods repeated many patterns in the paintings. From the pitchfork shape repeated in the man’s overalls to repeat patterns on the house and the curtains.

Another aspect of the painting that many people wonder about is why the husband and wife in the American Gothic painting are not smiling, and they seem to be so serious and almost ill-humored. Their expressions would not have been too different from many of the photographs taken during this time. The photographer would usually encourage people not to smile because, at the time, the camera film had a long exposure time frame.

The American Gothic remains one of the most iconic paintings of the 20th Century. It is a painting that shows us a glimpse into American midwestern life.