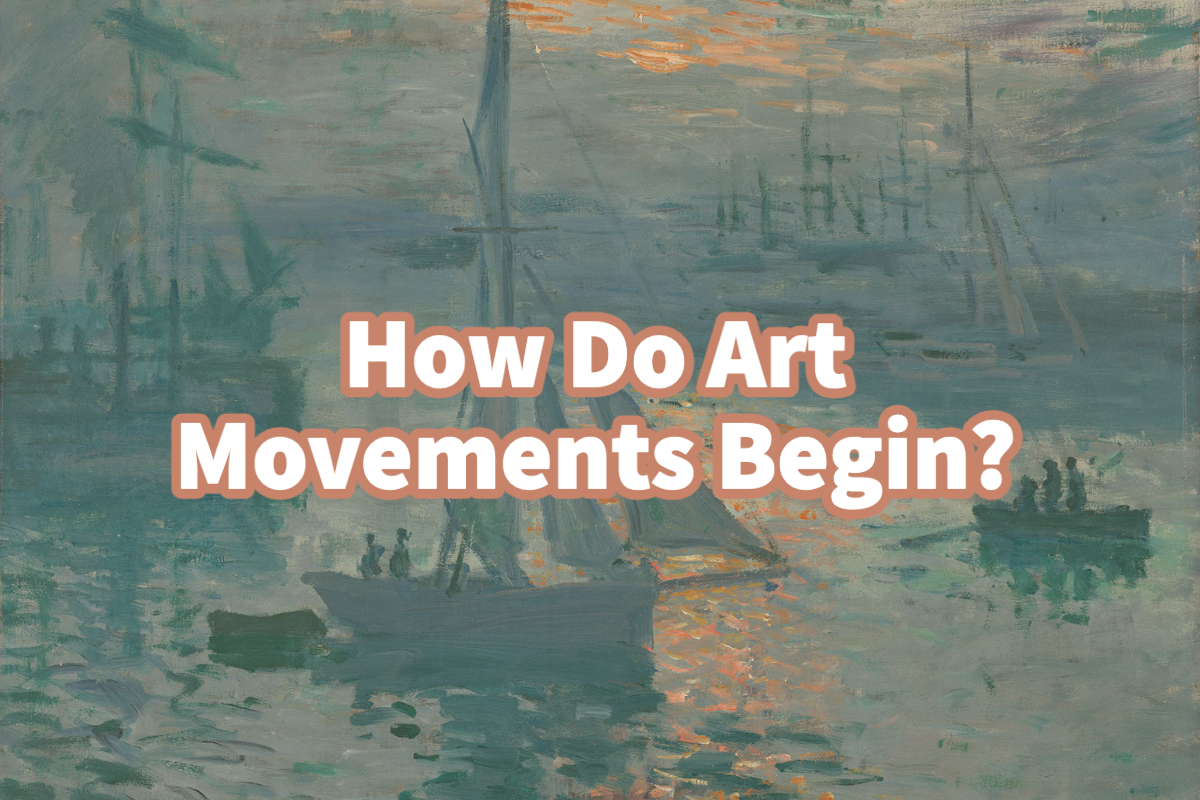 Art movements can affect the way art is viewed during a specific period. There is usually some external force that will trigger an art movement by a group of artists.

Art Movements And How They Begin

Even today, art movements continue to influence the art world.

Art movements usually begin because something will trigger the art movement due to a specific time or place. This will usually be based on the artist’s interest or even some political movement or changes in society.

Throughout the ages, artists have not worked alone. Artists are well known for working together in groups.

Here are a few things to remember about art movements:

If an artist wanted to start an art movement, they would need first to find other like-minded artists. In other words, all art movements had some reasoning behind them as to why the art movement was started and why the other artists all joined the movement.

Impressionism is an art movement that many people are familiar with. This art movement is centered around a group of artists living in Paris from the late 1860s to the 1880s.

These artists shared some common beliefs and were influenced by Japanese woodblock prints, working outdoors, and showing contemporary life with a relatively abstract or individual style—the artist’s work was influenced by light and how light would affect the painting or their artwork.

Some of the impressionist artists were great friends and actively worked together. An example of this is what many considered a love triangle between Berthe Morisot and the two Manet brothers.

To discover more on this, you can read our blog Berthe Morisot and the Manet Brothers – Love And Impressionist Art by clicking this link.

In speaking of this, Rosenblum said this of the exhibition

In this exhibition, Claude Monet showed five paintings. One of them was called Impression, Sunrise (1872). The French art critic Louis Leroy was inspired by this painting, so the name Impressionist was coined from the title of the painting.

The impressionist movement was highly influential. It spread beyond France into many other parts of the artistic world.

The Dada art movement started in Zurich, Switzerland, in the early 20th Century. This movement had a break-off movement in New York City.

The Dada movement developed as a direct reaction to World War I that raged through Europe. Many of the Dada painters had fought in the war.

The Dada movement consisted of artists who rejected logic, reason, and politics of the day. They were anti-bourgeoisie, anti-war, and anti-nationalism. They had political affirmations with radical left-wing and far-right politics.

The exciting part of the Dada movement is that they had many vital figures that met together and joined together with a shared belief system. They influence other art movements like Cubism. And even though it was an informal international movement, they had participants from all over Europe and North America who believed in the Dada art movement.

Hugo Ball, a German Author, and poet said this in summing up the Dada art movement:

The Dada art movement is an excellent example of an art movement directly influenced by political events in Europe. It was also a movement that reached out beyond its boundaries and influenced other parts of the world, including North America, add the Cubist art movement.

To learn more about art movements directly influenced by World War I, you can read our blog about Why New Art Movements Develop In The Years Following World War 1? by clicking this link.

Pop art is an example of a movement and art style that emerged independently in London during the 1950s and New York in the early 1960s. In London, a group of artists at the Institute of Contemporary Art formed themselves into an independent group. This independent group later influenced artists in the United States.

Pop art is an art movement that drew is inspiration from famous or commercial culture. It has remained a popular movement, with many countries and cultures contributing to the movement in the 1960s and 70s.

Many of the young Pop artists felt that what they were taught at an art school and what they were being shown in the art museums did not have anything to do with the lives they were presently living or the objects and things they saw around them every single day.

These Pop artists started to turn popular use sources such as Hollywood movies, advertising, product packaging, Pop music, and comic books as their imagery to inspire their art.

In 1957 Richard Hamilton, a British Pop Artist, summed it up best in a letter to his architect friends Peter and Alison Smithson when he said:

I believe Richard Hamilton summed up what pop art was and what it meant to the artist during its time.

Pop art remains a popular art movement. In fact, in the 1980s, the China Art or Pop Art Revolution, known as political art. Part of that revolution was in response to the brutal and divisive Chinese Cultural Revolution. The Chinese Pop art movement combined both propaganda art and pop art.

Is Art An Natural Gift, Or Can Anyone Be Good At Art If They Practice?

By clicking here, you can learn more by reading Is Art An Natural Gift, Or Can Anyone Be Good At Art If They Practice?

Why Are Art Movements Important?

You can discover more by reading Why Are Art Movements Important? by clicking here.