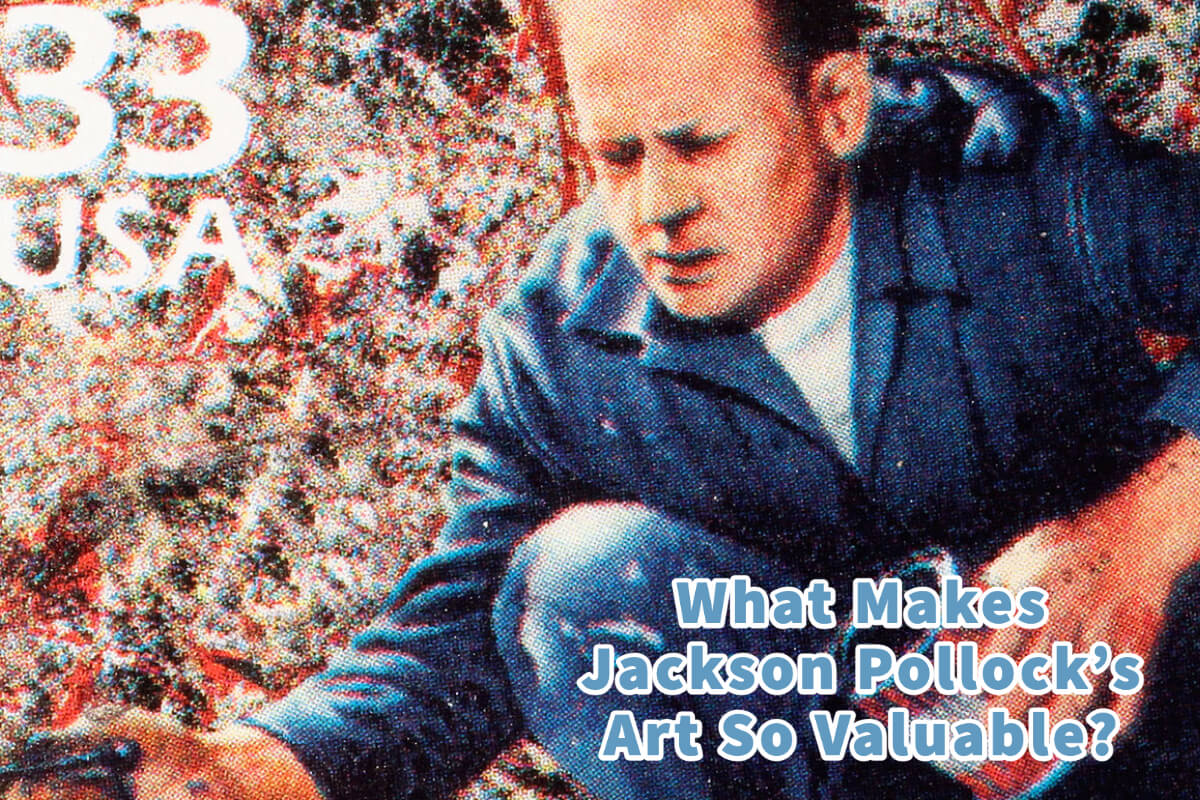 Jackson Pollock’s art continues to rise in value and importance. Today many of his pieces sold at auction go for millions of dollars.

The painting sold for just over 47,000 USD per square inch, just under the median U.S. household income. Astonishingly, a painting with enamel paint thrown on it can be worth such an amount of money, especially that amount per square.

In 2016 another Jackson Pollock painting was said to sell for over $200 million at a private auction. All of this from a man who hardly saw much financial success in his lifetime.

Jackson Pollack did not profit financially from his art. When he was alive, he never sold a painting for more than $10,000; he was often hard-pressed for cash.

The price of his paintings today shows how important Jackson Pollock continues to be. His work is gaining notoriety but also substantial financial value.

Even though today he is considered an essential American artist, during his lifetime, he found more acceptance and appreciation abroad in Europe than in the USA. In 1949 the French Abstract Artist Georges Mathieu said Jackson Pollock was the “greatest living American artist.”

Yet others criticized his artistic ability and even questioned his art. In 1956, a few months before his death, Time Magazine had an article that belittled him and his art and referred to Jackson Pollock as

Despite his mixed reception during his lifetime, today, history sees Jackson Pollock as one of the greatest American artists. And because of the legacy he has left and the fact he is seen as a great American artist, his paintings continue to rise in value and importance.

Jackson Pollock Developed One Of The Most Radical Abstract Styles

Jackson Pollock was an art creator; he is known for creating the unique style of Abstract Expressionism, particularly the gestural abstraction type of painting.

Since then, many painters and artists have built upon Jackson Pollock’s way of painting. In particular, his action painting or gestural abstraction.

Jackson Pollock Saw Himself In His Paintings

Jackson Pollock was a controversial figure. He suffered from alcoholism and was allegedly gay, which was not highly accepted during his lifetime, as he was married.

He was often described as a gentleman when sober but very violent when drunk. The extremes in his personality are also shown in his art.

He died way too young, age 44, because he was driving a car while also drunk and angry. He was angry with the two younger women in the car as they wanted to go to a party, and he did not. He put his foot on the gas and went too fast around a bend.

Pollock and another woman died in the crash; the other woman survived to write a book about Pollock and how he was supposedly in love with her; that is something we will never know. We know he was a nasty drunk, very paranoid, and in many ways, a confused man who used his art to bring out his pain and sub-conscience.

Pollock believed that art came from the unconscious, so he saw himself as the subject of his paintings. He saw his work as an expression of his emotions and inner self. His art was a product of him acting out the art or the emotions he was feeling.

Even the way he produced his art was unique. He would lay his canvas on the floor and then pour or drip paint onto the canvas in stages. This process resulted in a vast area covered in complex lines and patterns.

After Jackson Pollock’s death, many American artists began to look back at him and his art and gain inspiration from it. Pollock’s example allowed artists to begin to fuse art and life.

Art movements such as Pop Art and Op Art and the color field painting looked upon Jackson Pollock’s example and art for inspiration to break from tradition.

For some, Jackson Pollock and his art remain controversial, but we know that today his art continues to sell for millions of dollars. Jackson Pollock takes his place among the most significant American artists ever.

Did They Use An Original Jackson Pollock Painting In Ex Machina Or A Replica?

They would have used a copy of this painting No 5 (1948) as the painting was sold by David Geffen, a Hollywood producer, and film studio executive, for over USD 140 million in 2006. Geffen would have sold the painting long before the movie was produced, and no respectable art collector would place such a valuable work of art on a film set or studio.

By clicking here, you can learn more by reading Did They Use An Original Jackson Pollock Painting In Ex Machina Or A Replica?.

How Much Is The Jackson Pollock Painting Worth In The Movie “The Accountant”?

By clicking here, you can learn more by reading How Much Is The Jackson Pollock Painting Worth In The Movie “The Accountant”?.