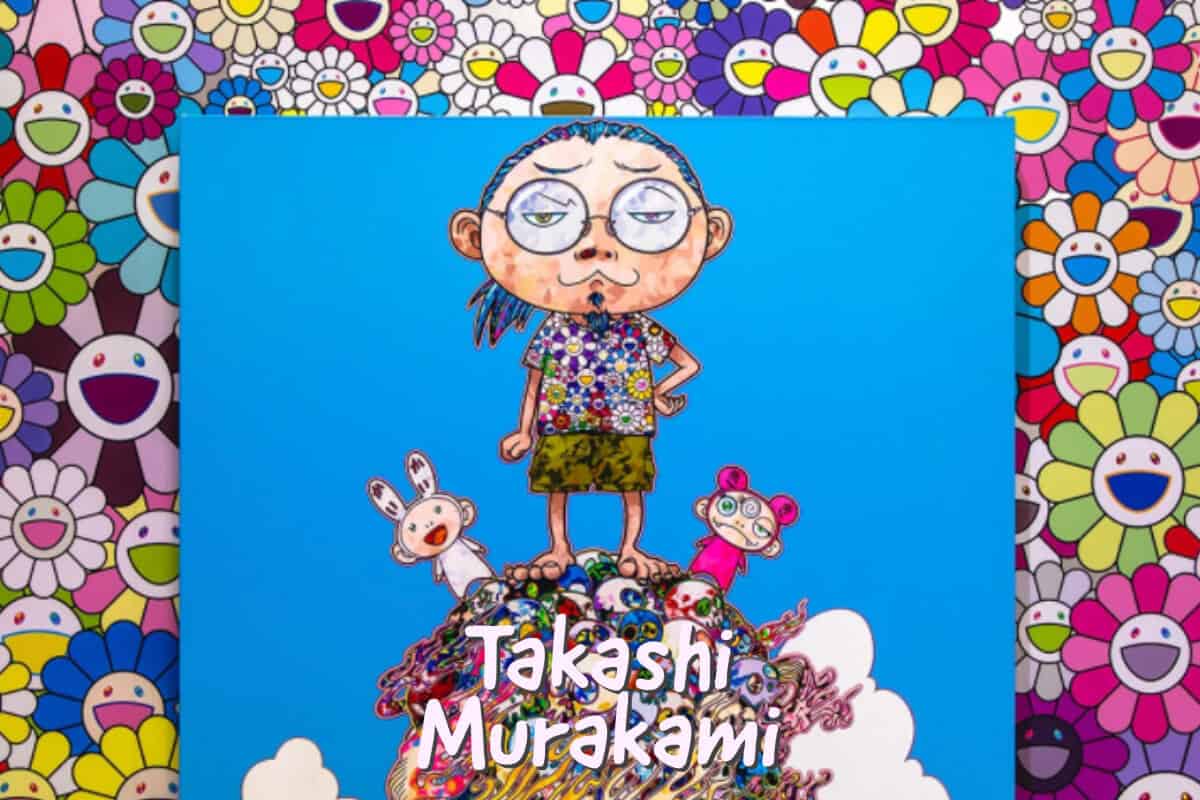 Takashi Murakami is one of the most successful and well-known Japanese artists. His art teacher once called him “talentless” and said he had absolutely no ability to put any colors together. Today Takashi Murakami is considered an artistic trailblazer blazer.

Takashi Murakami’s art successfully blurs the art lines between high and low culture. Takashi has successfully collaborated and used his art on products produced by many major brands. Today you can see the Murakami flowers on fine art, pop culture, fashion, to commercial products.

The Popularity of The Iconic Artist Takashi

Takashi Murakami is a contemporary Japanese artist known for blurring the lines between high art and commercial art. He is an artistic trailblazer that has changed the artwork.

In 2002 he totally changed the way we view the iconic brand Louis Vuitton. Takashi collaborated with Louis Vuitton to design a series of handbags using its monograms in ways it has never been used before. It was a huge success and helped Takashi become a commercial success.

His relationship with Louis Vuitton and Marc Jacobs lasted for 13 years. That is by all account a long time for an artist to collaborate with a brand.

Some art critics felt that he was using his art with too much commercialization; it took away from the art. For example, during a Takashi Murakamiart exhibition at the Museum of Contemporary Art in Los Angeles, there was also a pop-up store selling Louis Vuitton handbags

In 2007 Takashi Murakami provided the cover artwork for the rapper Kanye West’s album “Graduation.” He also directed an animation video for “Good Morning” and a music video for Billie Eilish for his song “You Should See Me in a Crown.”

You can watch the official video of Billie Eilish, You Can See Me In The Crown below.

In 2010 the Palace of Versailles in France had a Takashi Murakami Art Exhibition within the palace. Many of these pieces also included his Murakami flowers.

He has also teamed up with the French water brand Perrier to add decoration to their bottles. The bottles have his icon flowers and art style on them.

All of this has helped Takashi become an international star, especially in China and the United States. This, plus his well-known commercial projects, has helped him rise to artistic stardom and popularity.

One of Takashi Murakami’s most iconic images is Murakami Flower. The first time Murakami flowers were shown was in 1995. You can see these Murakami Flowers on everything from jewelry, watches, shoes, skateboards, clothing, and bags.

But these Murakami Flower drawings are not just simply flowers. When you look at his Murakami Flowers you can see that the flowers have some hidden tears.

Takashi Murakami and the Murakami Flowers have bridged the gap between consumerism, fine Art, fashion, pop-culture, and streetwear; all of these art forms have been touched with Murakami Flowers.

It is tough to talk about Takashi Murakami without talking about the word he coined called “Superflat.” Superflat is a post-modern art music movement founded by Takashi Murakami.

Superflat is used to refer to various flatforms in Japanese graphic arts. The movement is influenced by two Japanese movements Magna and Anime, which are:

American artists have also embraced Superflat with a hybrid version called SoFlo Superflat. The American SoFlo Superflat started in Miami in the 1990s and was an urban pop art movement in South Florida that combines super bright colors and ultra-flat images.

The subject matters could be quite diverse, but SoFlo Superflat was the outcrop of the Japanese Superflat art movement. The artists who work is considered SoFlo Superflat is Britto, Caron Bowman, Raul Cremata, Ceron, Ed King, and Jose Alvares.

Takashi Murakami Is a great example of how artists can use their work as fine art and commercial art. He truly is a trailblazer that has paved the way for other artists to follow him.

You can discover more by reading What Type Of Artist Is Andy Warhol? by clicking here.

Pop Art use imagery from advertising, comic books, and other mass-produced cultural objects. Pop Art was seen as a reaction to the Abstract Expressionism art movement. Pop Artists would purposefully use familiar mass culture images. Many times the Pop Artists made artistic statements about world events in their Pop Art. The main years for the Pop Art movement were in the 1960s and 1970s.

You can learn more by reading What Is Pop Art In Simple Terms? by clicking here.