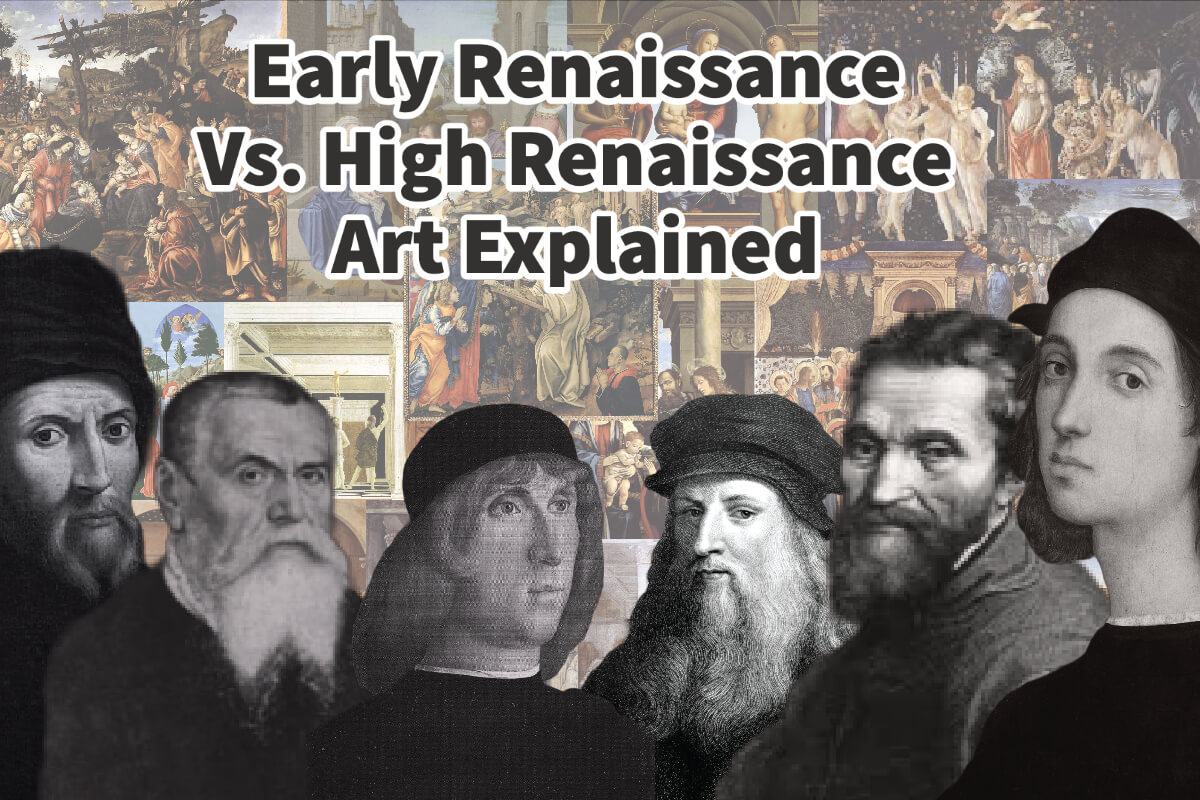 The Renaissance period art is considered one of the most essential art periods. Renaissance Art was known to be a time of “rebirth.”

Here are some of the main characteristics of the Early Renaissance:

All of these were a change from the Byzantine art period. Under Byzantine art, the art was flatter and more two-dimensional that Early Renaissance art.

Painters during the Early Renaissance began the Renaissance period by focusing mainly on Greek and Roman-inspired scenes.

Here are some ways that Leonardo da Vinci, Michelangelo, and Raphael influence the High Renaissance period of art:

Here are a few aspects of the High Renaissance:

Charles V became the Holy Roman Emperor and Archduke of Austria, King of Spain and Lord of the Netherland, and Duke of Burgundy; for a time, he was in control of most of Europe, including Italy.

The term Renaissance was not used until a French historian name Jules Michelet used the term “Renaissance” to refer to the painting, architecture, and sculptures created in Italy from 1400 to 1530.

The term Renaissance was based upon the Renaissance author Giorgio Vasari using the word “rebirth” in his book The Lives of the Most Excellent Painters, Sculptors, and Architects (also known as Lives of the Artists – 1568).

Two years after Jules Michelet used the term was used by Jacob Burckhardt when he published his book. “The Civilization of the Renaissance in Italy” in98yghuffghu about 1860. The word Renaissance started to become a convenient way to describe this period.

The Italian artists and elite never used the word Renaissance or Rinascita, but they were conscious that this was a unique period of cultural rebirth that was taking place.

By clicking here, you can learn more by reading Did Leonardo da Vinci Believe In God?.